Here are some progress shots of a mural I just completed in downtown Gresham, Oregon depicting the first drug store in town.  The mural is painted on the site of the store, which has been much remodeled over the years and is currently a bakery.  The building's owner is in his 80's and was a third-generation pharmacist here. His grandfather started the business, and is depicted behind the counter.

I imagined the inset arch as a window in time, and tried to re-create a scene that might have been, circa 1910.  After much research and a lot of design time, I came up with this sketch to present to the mural committee.  They were enthusiastic, so off we went.  The photos show the process from first priming to final touches, over a period of three weeks.  The mural is artist's-grade acrylic on stucco, 10' x 14'. 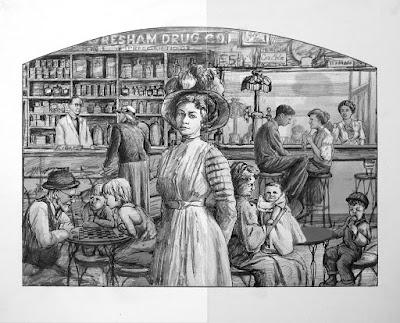 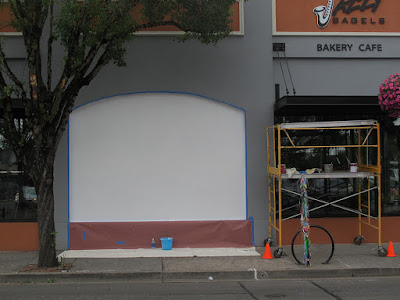 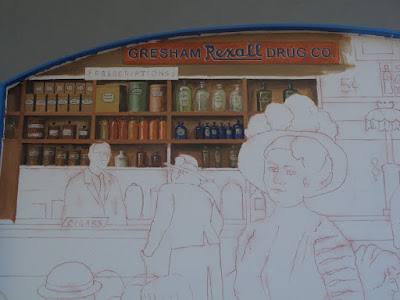 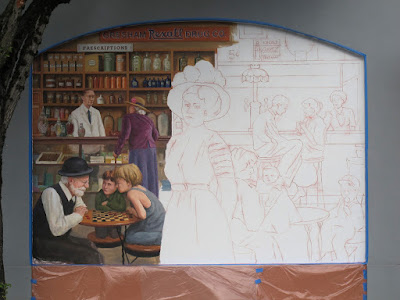 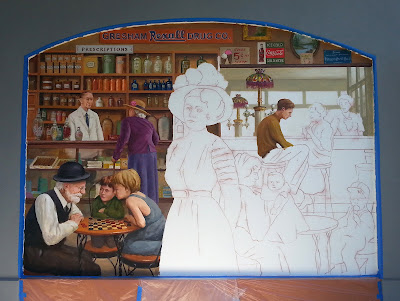 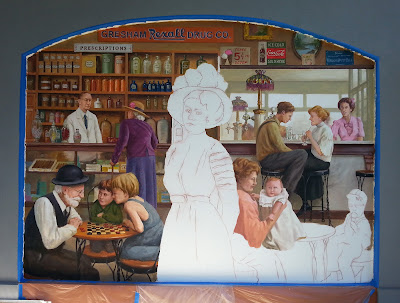 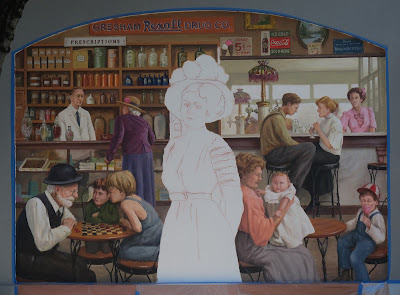 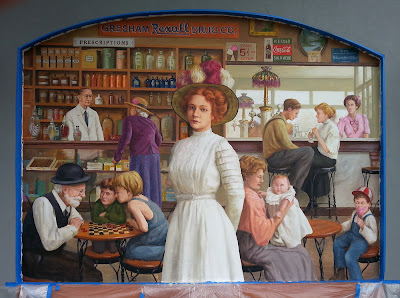 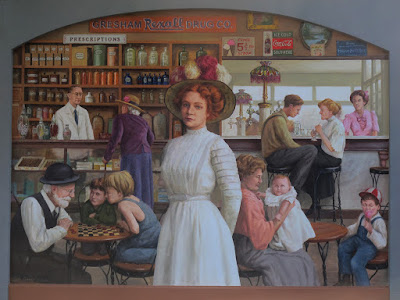 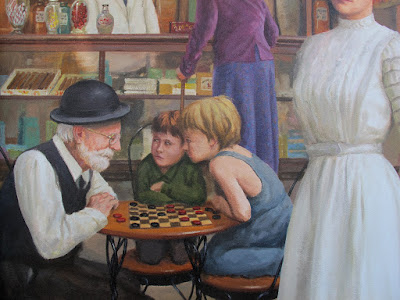 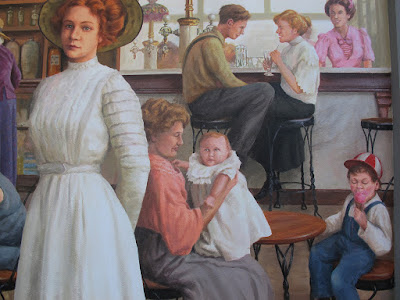 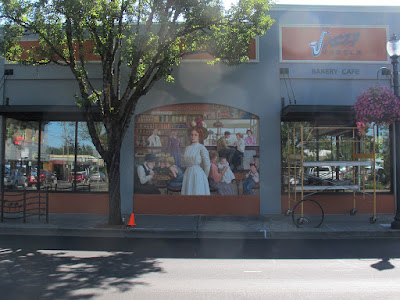 Hi Don,
Wow!! Great job and what a beautiful addition to the town. Thanks for sharing all the progress photos.
Enjoy tomorrow!
Sincerely,
Gary

Hi Gary--thank you! And thanks for faithfully checking in to this blog, since I so rarely update it these days. Hope all is well with you guys.

Thanks, ART-TRAVELLER--Happy New Year to you!

Thanks, very wonderfull are work !!!